The period from birth to 8 years is a time of remarkable growth with brain development at its peak. During this time, children are highly influenced by the environment and the people around them. It is a time of holistic development of a child’s social, emotional, cognitive and physical needs in order to build a solid and broad foundation for lifelong learning and wellbeing (UNESCO, 2016).

St Aloysius is committed to ensuring students transitioning to Kindergarten receive the best possible start to their schooling. Our dedicated Kindergarten teachers and Learning Support Team visit our early learning centres to gain as much information as possible about the students coming into our care. Our transition and orientation programs are family-friendly and designed to promote relationships between staff and students.

The Diocesan Early Learning Policy draws on a set of belief statements which make declarations about the Early Learner in Catholic schools. It is founded on the image of the child and underpins all we do at St Aloysius. 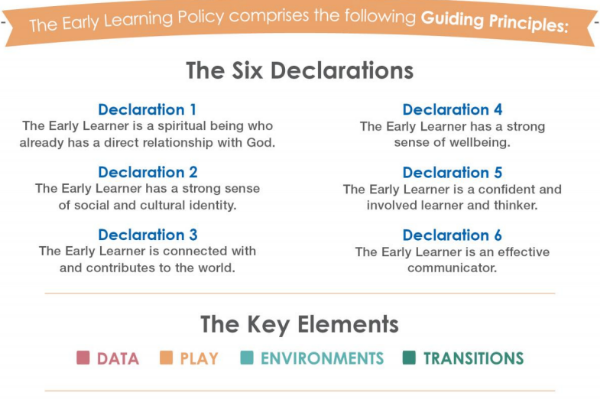 This policy draws on a set of belief statements which make declarations about the Early Learner in Catholic schools in the Diocese of Maitland-Newcastle.

The Early Learning Policy is founded on the image of the child as described in the declarations and is integral to and underpins the meaning and context of this policy.

The Declarations declare that the Early Learner is a fully formed human and five of the six Declarations are adapted from the Early Years Learning Framework (EYLF).